Posted By amirtha in ALL POSTS, MOM & BABY | 0 comments 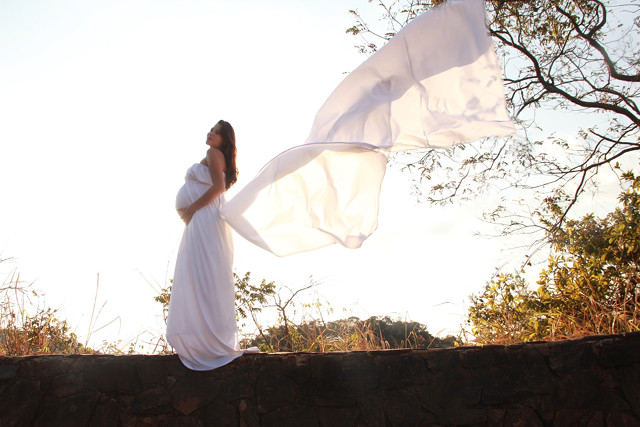 The below mentioned monthwise care for pregnant woman is recommended by Ayurveda. This promotes the growth of the foetus and prevents miscarriages.

During the first month, drink cold milk with honey and ghee. Also, drink lots of juices frequently. A diet which the pregnant woman is used to is preferred as she will have nausea and vomiting during this time.

During the second month, drink milk medicated with Kakoli, Asmantaka, tila, pippali and manjishtha should be given to the pregnant lady.

Paste of Mrnala, Nagakesara, Tagara, Kamala, Bilva and Camphor prepared in goat’s milk should also be given for better results.

During this month, drink medicated milk and butter extracted from milk, rice and meat.

Now foetus settles in the uterus and the organs develop. Due to this, the body weight of the mother increases.

Eat quickly digestible food to feel light and happy. Paste of  roots of banana, utpala and valuk in cow’s milk should also be included in her diet.

From the fourth to the seventh month herbs which give strength to the uterine muscles and nourishment to the embryo are advised e.g. Ashwagandha, Kraunch beej and Guduchi. They help to prevent intrauterine growth retardation.

During the fifth month, eat rice with ghee, meat and milk. During this month the woman becomes emaciated as all her nourishment is passed on to the foetus.

Drink 1 teaspoon of ghee medicated with Gokshura (Tribulus terrestris) everyday. As a diuretic, it helps in complications of water accumulation and reduces odema. Drugs of vidarigandhadi group can also be given. As this group is an anabolic, it prevents emaciation and maintains health of foetus and mother.

Medicated ghee with milk or buttermilk helps in maintaining strength and complexion of mother as foetus derives more nourishment from the mother and hence she feels more tired.

During the seventh month, eat sweeets, milk and ghee medicated with Kakoli group of medicines or Prthakparni and Saliparni group of medicines, powder of Ustra, Goksuraka, Musta, Samanga, Nagakesara and Padmaka with honey as the foetus during this month attains overall maturity and the women feels excessively exhausted due to more loss of blood and nutrition.

The abdominal skin gets stretched giving rise to itching and stretch marks. Apply butter medicated with Manjistha or sandalwood paste or Neem, basil and Manjistha paste or oil medicated with Karveer leaves or jasmine to get relief.

From the seventh month onwards, there should be less fat, less salt and less water in the diet. Rice kanji with a little ghee is advocated. After the completion of the seventh month mild diuretics and urinary antiseptics such as Gokshuru and Sariva are advocated. Basil in small quantities is advised; it is also anti-spasmodic.

During eighth month, rice kanji prepared with milk and ghee should be given as this improves complexion, voice, and compactness of foetal body. Milk medicated with roots of Kapittha, Brhati, Bilva, Patola, Sugarcane and Nidigdhika is also given.

Most woman experience constipation during late pregnancy, due to pressure of gravid uterus and effect of progesterone.

Use of enema relieves constipation and provides strength to myometriun which helps during labour. Enema of oil medicated with bala (Sida acuta) atibala, satapuspa (Foeniculum bvalgare) should be given followed by enema of sour substance like rock salt.

Asthapan basti (enema) with Badara juice, Bala, Atibala Satapuspa, milk curds, thin water on curds, oils, salts, Madanaphala, Honey and Ghee, should be given so that the constipation and gases are relieved.

As soon as the pregnant woman enters the ninth month, she is supposed to move to the Sootikagar (delivery area) which is specially prepared for delivery. After an asthapan basti (simple enema), she should undergo anuvasan basti (retention enema of oil boiled with some herbs) which may be repeated. Tampons soaked in the same oil are kept in the vagina to make the pelvis soft and elastic, and enhance the excretory functions of apan, vayu (urination, defecation) and expulsion of the foetus. The skin and nails become soft, and her strength and complexion are rejuvenated.

Emetic chosen should be sweet and mild in action. Instead of purgatives, you can give laxative diet or enema.

Give broken rice boiled in milk with ghee and mutton soup.

The diet as well as medicines should not be toxic to the foetus.

Apart from this vaginal tampon of oil should be given for lubrication of vaginal tract as this helps in relaxation of perineum and results in normal labour.

Diet should consist of meat soup with cooked rice, rice gruel and cold decoction of pounded leaves of drugs. Rice gruel should be given after medicated enema as it provides strength to mother.

By following strict diet during pregnancy, woman remains healthy and delivers at the right time a child possessing good health.